Nollywood actor and media personality Gideon Okeke has shared his thoughts on how to gain mastery of Nigeria’s film industry.

Okeke, in a post on his Instagram page, advised upcoming actors to consider taking on roles in mainstream Nollywood as opposed to staying focused on stage, television, and cinema productions.

The ‘Tinsel’ star actor wrote: “To accrue the numbers, the true test of your acting proficiency will not be determined on the stage floor, on a TV show that airs on cable, nor on the big screens. You need those ‘shoddy jobs’.

“Those mainstream ‘Nollywood flicks’? Oh! You gon need them…That’s where the numbers truly are. It’s those numbers that turn back to validate your Artistry on stage, on the big screen or on a TV show that airs on cable. Have I taught you something from my own skin burn experiences?” 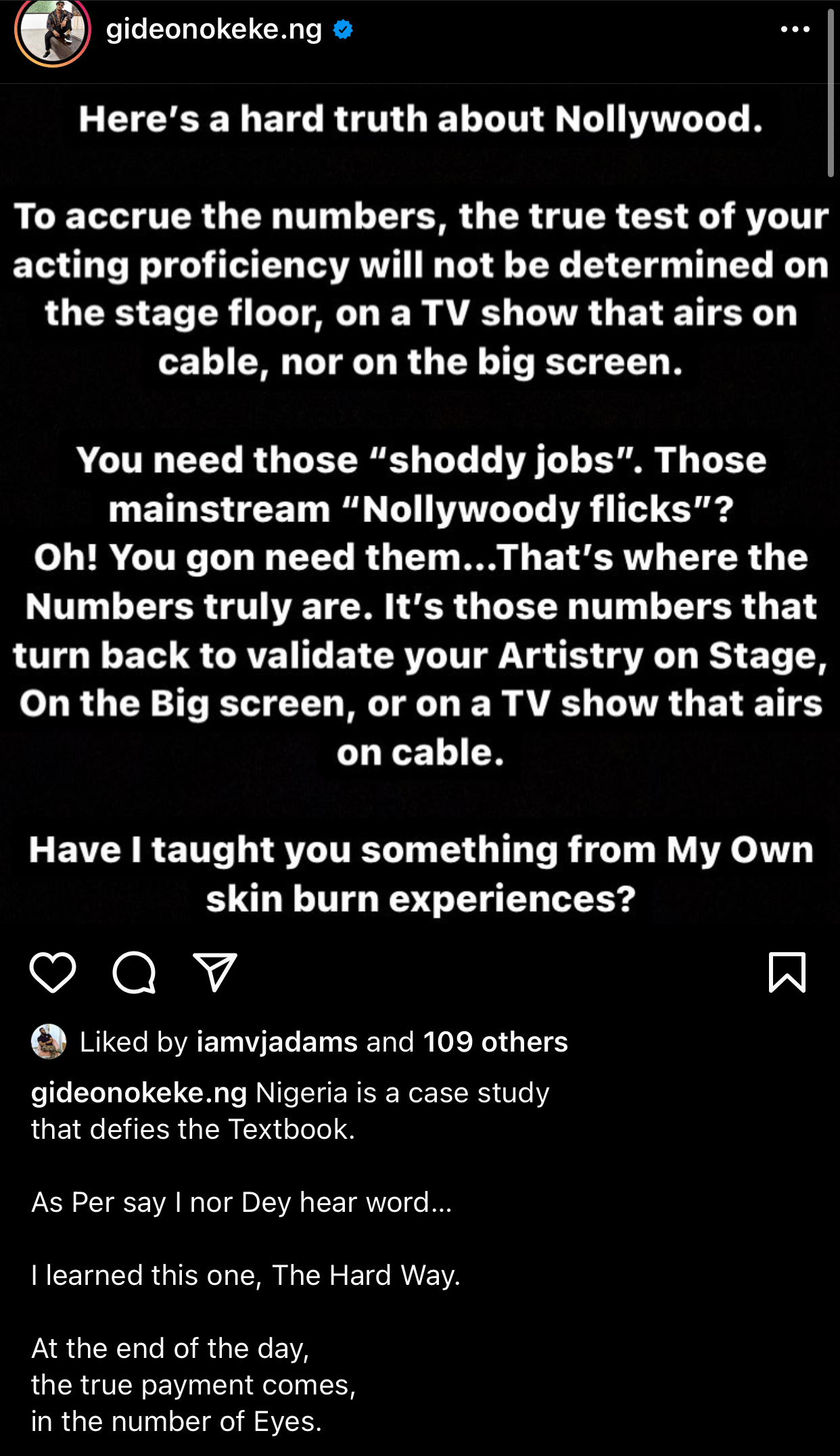 Okeke who is reportedly filming an Uchenna Mbunabo directed film which also stars veteran actress Rita Edochie and Esther Audu Ojire, will not be the first star to explore mainstream Nollywood otherwise known as the Asaba industry.

Popular actors like Funke Akindele, Nse Ikpe Etim, Sambasa Nzeribe among others have successfully worked in both the big screen and mainstream industries.

The Tangled Web of Budget and Acquisition

Osinbajo to Nigerians: Don’t give up, our challenges have solutions