Nigerian disc jockey Nonso Temisan Ajufo popularly known as DJ Big N has revealed that he forfeited an 8-figure job to be a DJ.

The Mavin Records in-house DJ made this known while answering questions from fans via his Instagram page on Thursday, August 5, 2021.

“Truthfully aside from family, I had an easy way out already. I had an 8 digit job waiting for me already. I chose to go this route. It’s the love for music,” he wrote.

“It’s the look on people’s faces after I have entertained them. It’s how music can change someone’s mood instantly. I needed to champion that.” 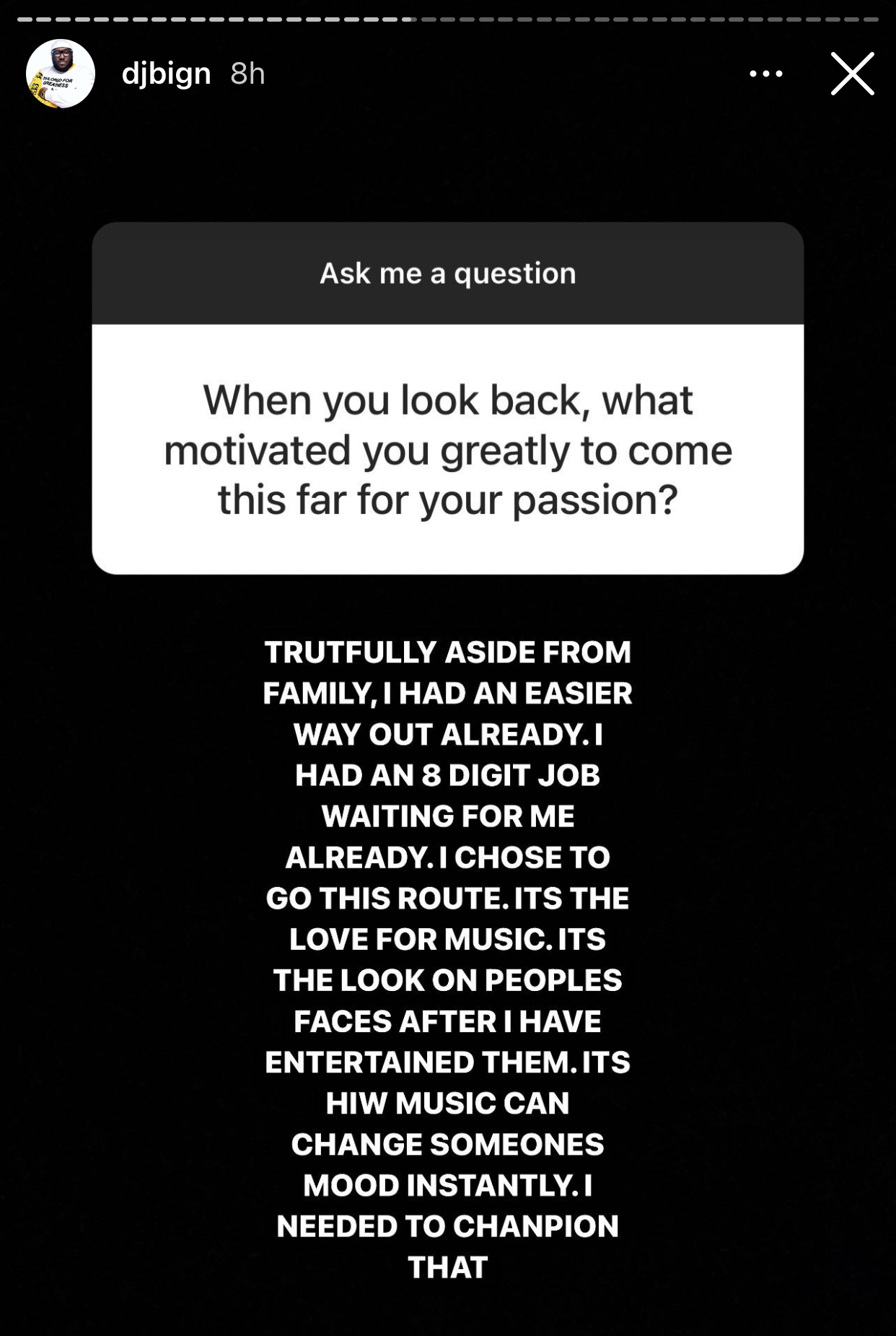 BigN is one of Nigeria’s most popular disc jockeys.

He has released several Mavin-themed mixtapes, including the “Mavin All Stars” mixtape, the ‘Surulere Mixtape Volume 1’, and the “ENERGY Mixtape”, among others.

He holds a first degree in Psychology from the University of Lagos and an MBA from Coventry University in England.