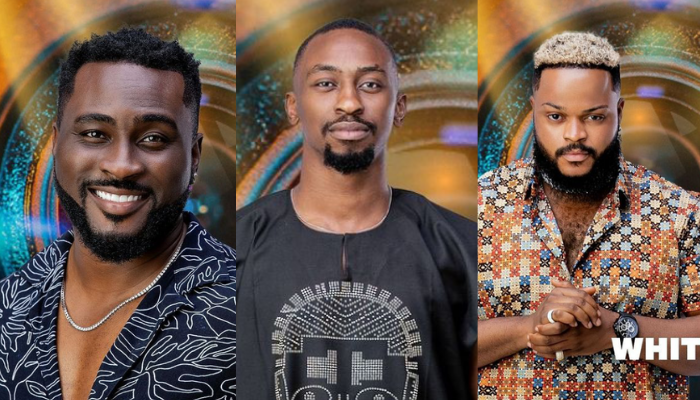 In a discussion with Nini on Wednesday night, Saga said Whitemoney’s response showed that the latter has studied the BBNaija game very well and has set strategies in place.

Recall that Pere and Whitemoney had a clash on Monday night over a question asked during the whispering game played by the housemates.

After the game, Pere had confronted Whitemoney in a way that the latter described as ‘belittling’ and Whitemoney became pissed and had an outburst.

Whitemoney had said, “I know you don’t like me, I know you don’t love me but no problem, let’s have a healthy competition. Regardless, I’ll still kill you with kindness because I like you.”

“He has dominated the game because he has auditioned four times. So he has watched it and he knows. He has been watching it from Big Brother Africa so he knows what he’s doing.”

Then Nini said, “As for me, I don’t know what I’m doing. I’m just being myself. I didn’t come with any strategy.”

In response, Saga confirmed that his position was the same as Nini’s.

Whether his words were planned or not, Whitemoney had earlier revealed to Big Brother that he was still traumatised by Pere’s confrontation.