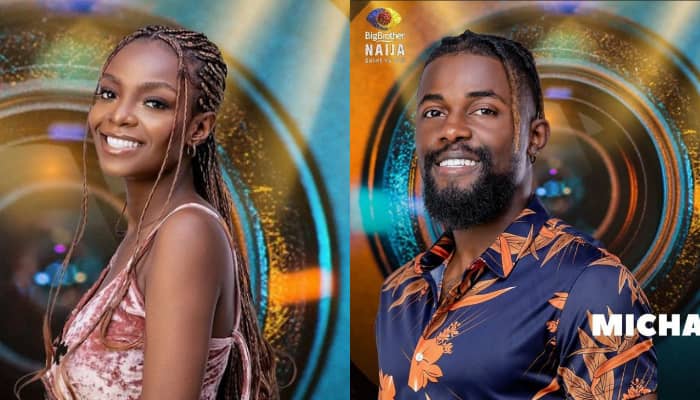 Big Brother Naija Shine Ya Eye housemate, Peace accused one of the new housemates, Michael, of being flirtatious around Nini and other female housemates.

Peace said this while discussing with Arin on Monday, day 16 of the show, as the duo talked about the latest happening in the house.

Pointing to Michael, Peace told Arin that she thinks Michael likes Nini but she (Angel) is not in support of it.

Peace continued, “He’s been very flirtatious. He didn’t have a bed so he told Nini that he would want to stay on her bed but Nini said no.”

According to Peace, despite Nini’s initial refusal, Michael still asked to sleep on Nini’s bed. Peace also revealed that Michael wanted to call Maria but mistakenly called her Nini.

In her chit-chat, Peace said she thinks Michael is also trying to talk to Maria on a low-key since Nini refused his advances.

Agreeing with Peace, Arin said, “He picked Maria yesterday during Truth or Dare.”

“Yes, I think he’s trying to chat with Maria low-key because Nini blocked him completely,” Peace said, adding that she’s sure that Maria will also block Michael out of the way.

Keeping up with the new housemates

During the Sunday live eviction show, four new housemates were introduced into the show namely: Michael, Queen, JMK, and Kayvee.

In less than 24 hours, the housemates have acquainted themselves with others as Kayvee and JMK participated in the Truth or Dare games last night.