On Monday, July 29, morning, I woke up early and had short physical exercise. I wanted to get ready to attend the trial of the leader of the outlawed Indigenous People of Biafra, Nnamdi Kanu. I am not part of the Ohanaeze Ndigbo team but as a lawyer and a citizen who cared that Kanu was treated lawfully and fairly, I wanted to watch proceedings and decide whether they are free and fair.

A night before, I had argued on Arise News that the trial would be a litmus test of how prepared the government was in managing what would be a long night of ethnic challenge to its sovereignty.

When I returned from exercise, my wife advised I reviewed development before attending the trial. She had monitored reports on social media and everything suggested that it would be a bad day for human rights. The previous night, news filtered through social media that the Department of State Services had blocked major roads leading to the Federal High Court complex. The highpoint of this militarisation is the DSS taking over from the judiciary the responsibility of certifying who would cover the proceeding. In a note that circulated on social media, the secret police had listed a few correspondents from a few media houses as those permitted to enter the court premises to cover the trial. The rest, like Arise News Television and other leading newspapers like The PUNCH, ThisDay, and The Guardian were excluded.

Before I could get dressed to step out, I started getting live feeds from the venue. My friend, Dickson Iroegbu and activist publisher Omoyele Sowere had been arrested. Scores of supporters of Kanu were reportedly arrested. Then, something flashed through my mind.

We have gone this path before. In 1995, the environmental rights activist, Ken Saro-Wiwa and other Ogoni leaders faced trial for demanding justice and self-determination for Ogoni people, a small Nigerian ethnic group whose land bubbled with oil wealth. Saro-Wiwa and his comrades wanted the Ogoni to take charge of their oil revenue and determine their political fortunes. The Nigerian military government considered such desire as treasonable.

Expectedly, the government engineered internal conflict in Ogoni and as is usual with this sort of radical and extremist struggle, deaths occurred. The terrible killings of oppositional Ogoni leaders became an excuse for what a British Queen Counsel, observing proceedings for the Bar Council and Solicitors Society of UK, Michael Birnbaum, called ‘judicial murder’.

During the unfair trail of Saro-Wiwa and others, Ogoni land and the members of MOSOP suffered grave violations of their fundamental rights.

I recall as a young lawyer at the trial how Col. Okuntimo and his Rivers State Internal Security Force decided that everyone- journalists and lawyers- must be accredited and cleared at their security office before gaining access to the court. Of course, prosecution complied. But Chief Gani Fawehinmi, our lead counsel, refused that the defence comply with the order. It was an epic confrontation at the gate of the Moscow Road Secretariat in Port Harcourt, venue of the trial, when we were refused access.

After much shouting match and physical harassment, courage and commitment won. We got in. But many journalists considered unfriendly were barred from proceeding and many Ogoni were brutalised and arrested.

During trial, especially when it became obvious that the tribunal had a clear mandate to convict and execute, Saro-Wiwa issued a statement in his defence. That statement blamed the Federal Government for the crisis in Ogoni and the rest of the Niger Delta. It prophetically warned the government to rethink its plot because if the Ogoni leaders were silenced brutally and the peaceful solution it offered trashed, the government would be building a nursery bed for a violent agitation in the Niger Delta that it cannot control.

We can all argue whether the Ogoni struggle was non-violent as Saro-Wiwa claimed. But we cannot argue that the Niger Delta struggle after Saro-Wiwa became extra violent, resulting in multiple kidnappings, razing down of many villages like Odi; and the growth of a criminal industry in the Niger Delta that continues to threaten economic growth and national security.

Clearly, the judicial murder of Saro-Wiwa and his colleagues and the brutal suppression of the Ogoni struggle have yielded a harvest of a far more violent and unmanageable conflict in the Niger Delta.

Thinking back on the events of the failed trial of Kanu last Monday and the restrictions and suppressions by the DSS, I wonder if there are already many haunting similarities with what happened at Moscow Road during the trial and in the Niger Delta after.

The decomposing body of an All Progressives Congress leader in Ebonyi State, Ogochukwu Elem, has been pulled from…
byadmin 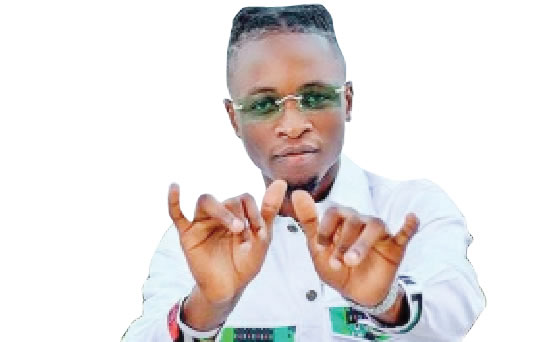 Why I refused admission into other varsities except UNILAG –Laycon

Reality TV star, Olamilekan Agbeleshebioba, aka Laycon, is no doubt living the life of his dreams at the…
byadmin