My wife ignored me first time I approached her – Ajiboye 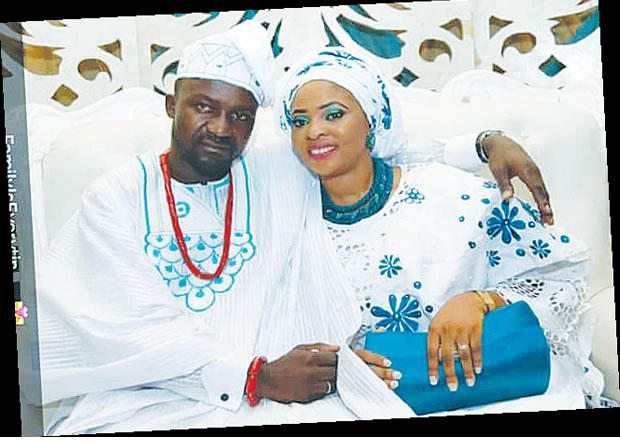 U-17 World Cup-winning goalkeeper, Dele Ajiboye, talks about his life off the pitch, family and more in this interview with EBENEZER BAJELA

The NPFL season is over. How have you been relaxing?

I listen to a lot of music, it is my number one means of relaxing because that’s what helps me to calm my nerves. Even when I can’t sleep I just turn on the music to help me focus and before I realise what’s happening I would have dozed off. I don’t think there is any better way to relax than listening to music.

What’s your favourite kind of music?

It depends on my mood which I am sure could be the same with many people too. But normally I like to listen to hip hop. I also like to listen to Yoruba artistes like Pasuma, Wasiu Ayinde and the rest. Once I attach an earpiece to my phone and listen to music, it’s like I am in another realm.

Are you a foodie?

I don’t see myself as a foodie because I don’t eat that much. There are days I come back from training and do not take anything until noon. It could be once in a day or twice but when I want to eat, I like to eat well and take good food.

I like rice and plantain as well as pounded yam.

Do you regard yourself as a fashionista?

I am nowhere near that because I like to dress simple, except when I have a big occasion to attend. I am not so keen on putting on flashy stuff that gets me noticed easily. I like to look neat and keep it simple.

Does that mean you don’t have a favourite designer?

Of course, I do and I remember when I was in Spain, I liked to wear Zara products. My shoes, jeans are all designed by Zara.

I like Toyota and Mercedes Benz, but I think my favourite is Toyota. However, if someone wants to gift me a car and ask me to choose from Bugatti, Rolls Royce, and Bentley I will definitely go for Rolls Royce.

Footballers are known for their flamboyant lifestyle but you like to keep it simple. Does this have to do with money?

Former Super Eagles captain Mikel Obi should be among the top three richest footballers in Africa but look at the way he dresses; he likes to keep it simple. I don’t think I have seen him flaunt Gucci and the likes. Dressing in a simple manner like that doesn’t mean you don’t have money. But when you get close to him you see his skin glowing and I think I take a cue from him. For me, dressing is all about looking good and keeping it simple

You are happily married with kids. How have you been able to combine football and family life?

It has not been easy at all. So, I want to give kudos to my wife because she understands the kind of work I am into and I respect her for that. There were times we didn’t get to see for eight or 10 months and only had to communicate on phone, but she never complained. It is not an easy thing I must confess. All of my career in Nigeria, I have played in the north, which is about 13 hours drive from Ibadan. I remember my first season in Plateau United, she would come around; it was the same thing when I was in Nasarawa United.

Where and how did you meet your wife?

Candidly speaking, I never knew we stayed in the same area in Ibadan until we met in the mosque one Friday for Ju’mat prayer and I started running after her. She ignored my proposal for a while until 2011 when she was doing her IT at NCC.

How long did it take for you to convince her that you are the man of her dream?

At first, she wasn’t even listening to me or even talking to me. But thank God she later did and she said we could only be friends but it took me about four months to convince her. I was very patient because you know when you need something good you have to exercise a lot of patience.

How did it feel becoming a father for the first time?

It felt so great; there is no word to describe the feeling because I remember when we had our first son, I was with Plateau and we had a match against Lobi Stars. Though I already missed the game through suspension before I learnt that my wife was in labour. The team decided that I sit with them because they didn’t want me alone at home and worried. Even though I was at the stadium watching the game, my mind wasn’t there at all and I kept calling from time to time until I was told that she had been delivered of the baby. That was when I was at peace again.

How do you deal with your female fans?

I let them know that I am a married man and my wife also understands when I receive calls from female friends. She knows I am a celebrity and she doesn’t need to be jealous. I talk to female friends the way I relate with my male friends, not that I have to excuse myself from my wife before receiving calls.