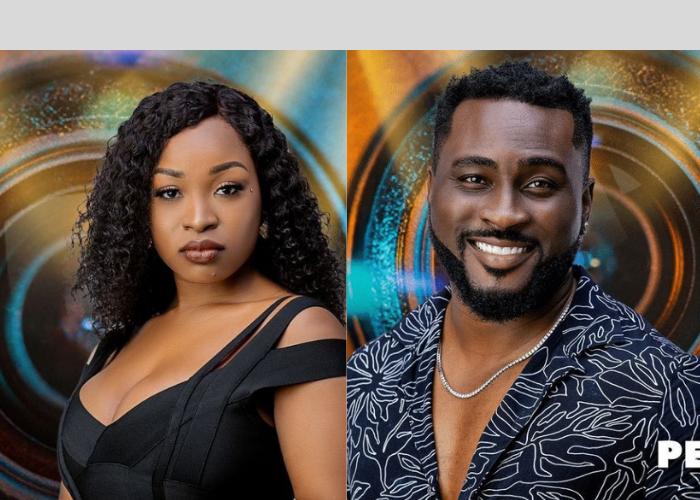 Big Brother Naija Shine Ya Eye housemate, Jackie B, has told Pere that she’s ready to fall in love again.

The single mother-of-one said this on Wednesday, day four of the show, as she told Pere about her heartbreaks and past relationships.

She confided in Pere, telling him that she has been heartbroken before and have never felt love in a long while.

She said, “I’ve never really been in love in a while. I’ve been in relationships but I haven’t really been able to fall in love 100 percent.

“I really like people, maybe almost love, but I’ve never really been able to fall in love again.

“But I’m hoping to. In fact, there are times where I’ll be very frustrated with myself. I’ll be like, I don’t mind at this point if I get a heartbreak, I just want to know how it feels to love again.

“I miss that feeling of just being stupidly in love, if that makes sense.”

All through her talk, Pere listened with keen interest and fans began to predict a possible ‘ship’ between the duo.

In BBNaija, ship is a code name for a romantic relationship or close friendship between housemates of the opposite sex.

The fans took to Twitter to share their thoughts on the possible relationship between Jackie B and Pere.

A tweep, @evidoski asked, “Am I the only one that wants Jackie B and Pere ship?

“Is Jackie B giving Pere hints to go for her?” @i_am_lass asked.

Another tweep, @ashirixclusive, said,“Pere and Jackie B are seriously taking their time to bond. They are talking relationship.”

Disapproving of the ship, @dorin_ivie said, “Anything that makes this Jackie B and Pere ship to sail, I’m off.”