Brymo: 2face accused me of sleeping with his wife Annie

Brymo, a Nigerian singer with the real name Olawale Ashimi, has claimed that Innocent Idibia, popularly known as 2face/2baba accused him of sleeping with his wife, Annie.

Brymo stated this in a long Twitter thread on Monday night.

He also alleged that 2face sent thugs to beat him up.

His thread read, “In the very recent past, a man falsely accused me of sleeping with his wife.. and I’ve waited in angst, and the words were never taken back still, efforts were consistently made to prove I did it still.. and my soul has known no lasting peace ever since…

“Mr Innocent Idibia had, at an AFRIMA press conference in 2015/16 or thereabout, walked into the room, sat beside me and elbowed me in a supposed greeting, as much as 4-5 times, repeatedly, while looking away, saying ‘BrymO, BrymO…’ and we exchanged no other words that day!

“Now, in 2012 I had the opportunity to tour the US with his company… a most appreciated opportunity, as he was by far my most respected act around… he was my first reference at everything, and boy! Did I look up to him!!!..

“Fast forward to a few years ago, he approached for a feature.. specifically asking me to get on a track with him. I was initially reluctant to consider it, because I still didn’t know why he did what he did at the press conference years before. well, I got persuaded to meet!!

“I had, the week before or so shared the company of his wife, a female friend of theirs and my partner’s, and my partner herself.. and within minutes she, Mrs. Idibia had asked what the future held for my career.. a question I considered a sleek attack. My answer was my future!!

“I proceeded to respond that I’ll be Africa’s finest act alive and that I’ll reign for a decade .. and I knew I had shot back nicely!” (sic)

Continue reading in screenshot thread below: 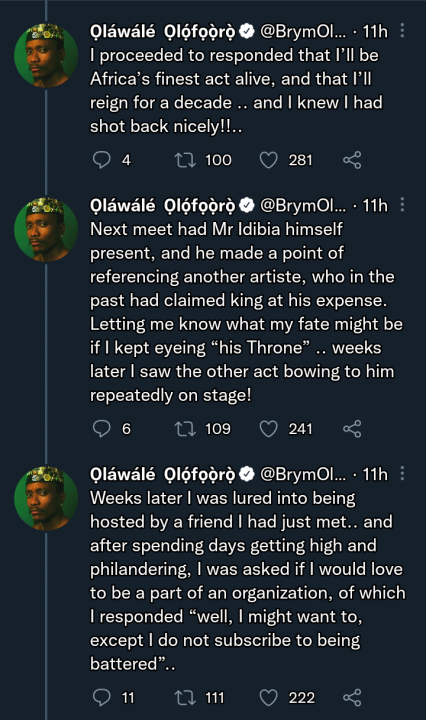 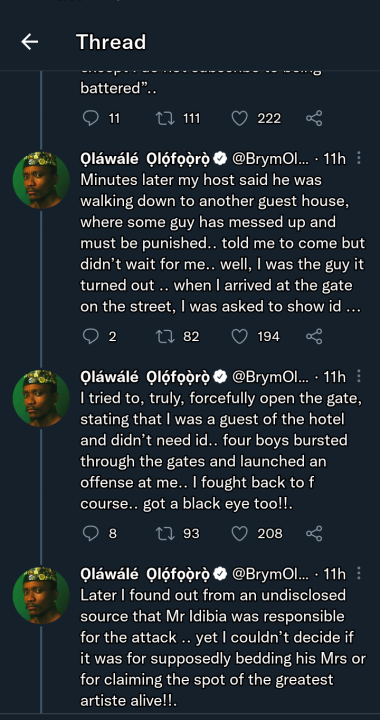 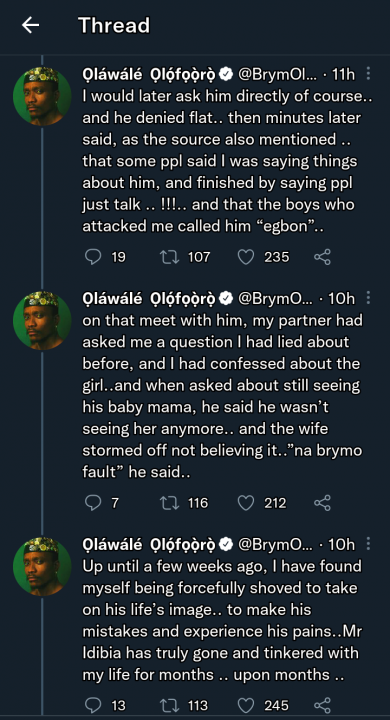 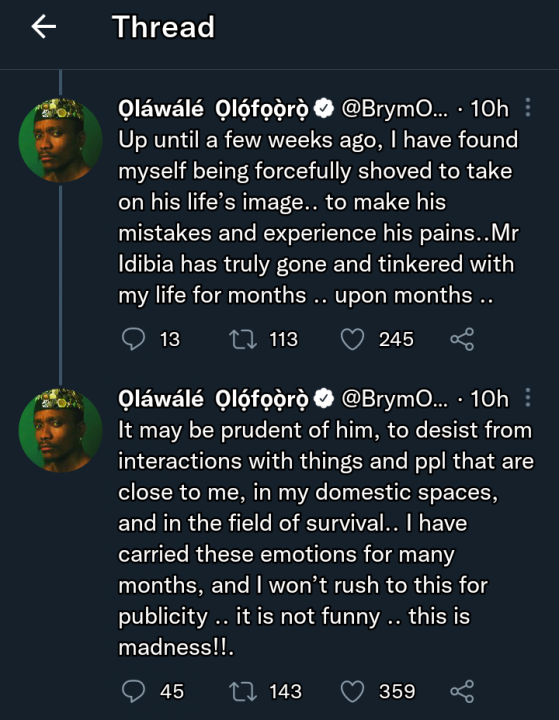