Benin king Ewuare blessed with 3 princes, one princess at a go [Photos]

The Oba of Benin, Oba Ewuare II has welcomed a set of quadruplets, one female, three males from his fifth wife, Queen (Oloi) Aisosa Ewuare II.

Guests erupted in jubilation when Oba Ewuare made the announcement at his palace on Friday in Benin. The king also burst into a dance of joy.

The Oba had in May 2020, welcomed his first infant prince after he ascended the throne of his forebears as the 40th Oba of Benin. 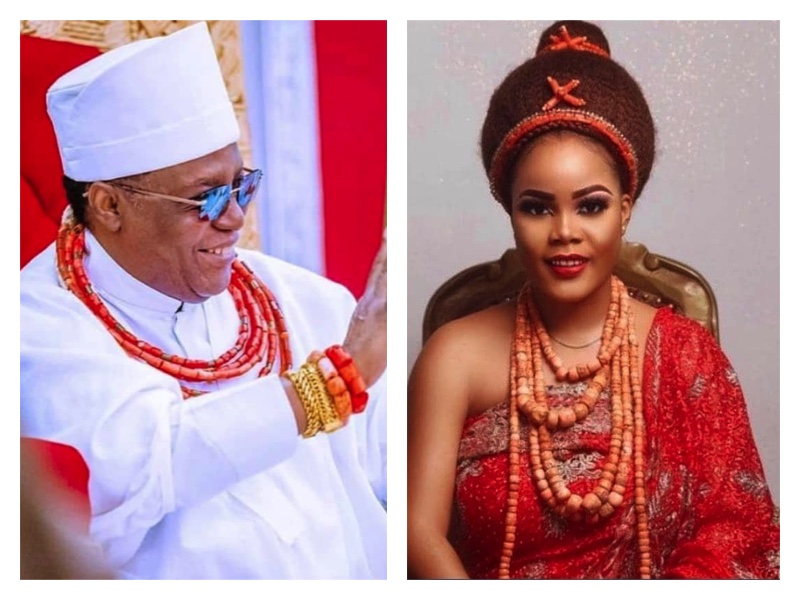 The monarch, paid tribute to God Almighty and the ancestors for the blessings.

Frank Irabor, Secretary of Benin Traditional Council later said the mother of the quadruplets and her babies are in excellent health.

The presiding priest of the oldest West African Church, better known as Holy Aruosa Church, Ohen-Osa Igbinoghodua Edebiri, offered prayer to God of wisdom and guidance for the newborns.

Queen (Oloi) Aisosa Ewuare II is the youngest among the wives of the Benin king.

The brief ceremony coincided with the visit of national executives of Immaculate Conception College, ICC, Benin which is the Oba’s Alma-mater.